The annual OIV congress, held in the international city of Geneva, Switzerland from July 15th to July 19th discussed this year the topic: « Preserve and innovate: environmental, economic and social expectations». Vine and Wine Professionals coming from all over the world were presented over 350 abstracts from more than 41 countries, and were given the opportunity to share views and make the world of wine progress in an ever-changing environment.

At this particular occasion, and in recognition of his longtime and major contribution to the international sector of wine and vine, Dr. Jean-Claude VILLETTAZ, Managing Director of Danstar Ferment A.G., received the “OIV Merit” during the 16th OIV general assembly on July 19th.

The OIV Merit is the most distinguished award presented for wine and vine scientists, experts and professionals by the International Organization of Vine and Wine. The OIV Merit award is given for due recognition of outstanding activities within the international vine and wine sector, including, but not limiting to scientific and technical research, product safety and quality, conditions for producing and marketing vine and wine products, innovation, general development of the international vine and wine sector and diffusion of wine culture and civilization. 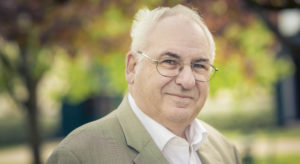 In the world of wine ever since he was a child (his parents were producing wines in the Valais canton, in Switzerland), Dr. Jean-Claude VILLETTAZ graduated from the Swiss Federal Institute of Technology of Zurich as Food Engineer in 1976 and obtained his PhD in 1979 with an in-depth study of the macromolecular fraction of grape and wine.

R&D manager for a global winemaking product manufacturer for a few years first, he strongly participated to the creation of the Valais School of Engineering for which he was appointed first Director of the Food

and Biotechnology department. After 15 years, he became R&D and Innovation Advisor for the Valais Canton Government. At the end of this mission, he started to work at Danstar Ferment A.G. (Lallemand Group), global leader in the production of wine yeast and wine bacteria where he’s been Managing Director since 2014.

Dr. Jean-Claude VILLETTAZ entered the OIV as Expert Speaker on 1980, became Vice-president of the SPECIF (specification of oenological products) group from 2008 to 2014 and was appointed president of the same group until 2019.

Dr. Jean-Claude VILLETTAZ is also former Vice-President of the Swiss Society of Food Science and Technology, of which is now member of honor, member of the Italian Academy for Vine and Wine and member of the Project Board of the Swiss Academy of Engineering Sciences SATW.

At Lallemand, we feel very proud and honored to work with Dr. Jean-Claude VILLETTAZ and extend our warmest congratulations to him!